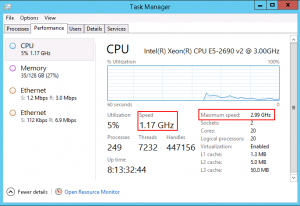 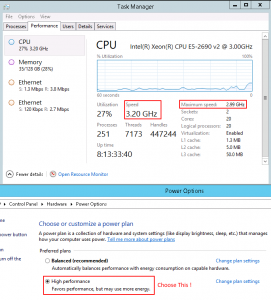 Following a workaround mentioned on http://support.microsoft.com/kb/2512023 – “GetUserOofSettings”, “SetUserOofSettings” and “GetUserAvailability” operations do not support Exchange Impersonation on the Exchange Server 2010 SP1 schema

Seems like the EWS Managed API 1.1 download link does not work anymore, and it’s virtually impossible to get a hold of the files on the WEB, so I’ve uploaded the redistributable package here for anyone looking around for it.

I’ve been using Ammyy Admin to support family members and friends for a while now, but since I’ve upgraded to Windows 8, the program seems to fail it’s initial connection to it’s public servers upon start up.

It keeps popping out an error window:

Error {12007} occured while connecting to server “http://rl.ammyy.com”
Would you like to change proxy settings? 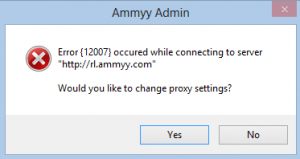 To solve this, just open the Ammyy Admin setting menu and un-check the “Run under SYSTEM account on Windows Vista/7/2003/2008” check-box. 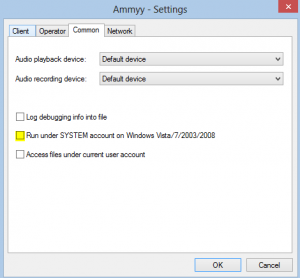 hope you find this useful.

Hi Everyone !
Ilantz.com will be the permanent location for my blog from now on 🙂
Please, update your bookmarks / RSS and subscribe again to continue receiving updates by email.

I tend to always spend some time looking up the latest Office / Outlook updates, and found this following link from the office center on TechNet to be much useful.

It has a nice table of the latest Service Pack, Latest Public Update and Latest Cumulative Update for Office 2003 / Office 2007 / Office 2010

I’d like to share with all of you one of best effective sites I use to “track” hotfixes for Microsoft products..

The nice thing about this website is that it sorts, yeah ! sorts the products and list the updates by date also 🙂 simply amazing.

So you’ve plugged a harddrive / disk-on-key or any other hot plugged device, and oops BSOD 🙁

or, you want to install a new driver for a device that you have removed, but windows magic plug-and-play installed the driver automatically…. but you don’t want that do you ?

You open device management, and click , view “show hidden devices”… but you fail to see your disconnected devices… 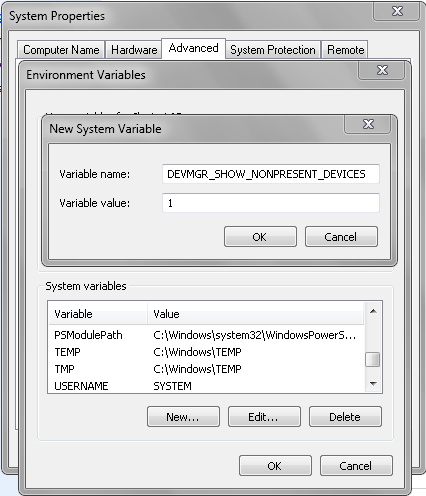 After this you will be able to launch Device Manager again and when you’ll click to Show Hidden Devices, you will see all those removed or disconnected device drivers ! 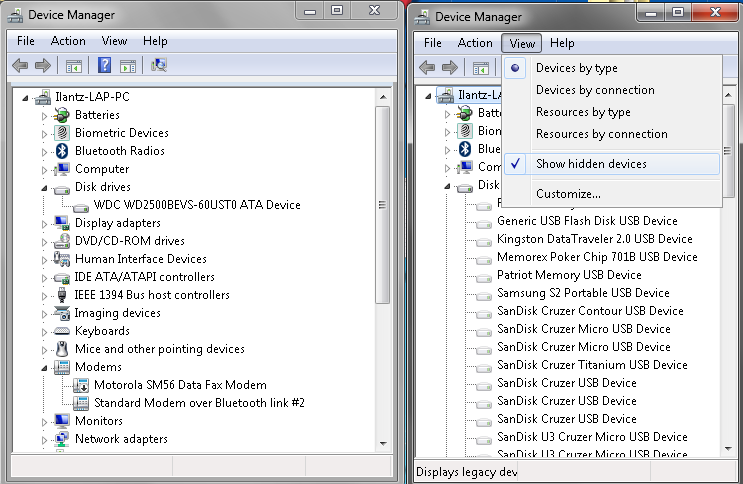 Well the topic explains this quite enough..

A typical Exchange 2010 deployment based on Server 2008 R2, we used IBM Blade Center HS22 this time with a QLogic HBA to connect to an EMC Symmetrix storage with FC … okay, enough hardware talk. 🙂

The “symptom” was that after connecting the LUN’s to the and creating the partitions, well the next reboot to the server was .. unsuccessful… shocked as we were, after some quite tryouts: Drivers, Firmware upgrades, disable that and disable that … and when all failed …some searching, we came up with a few links… all seem to be quite “close but no cigar”.

The system becomes unbootable after you add raw disks to a Windows Server 2008 R2-based computer that has EFI enabled – http://support.microsoft.com/kb/975535

The last link includes a comment by “Rudi” , which gave us a good idea. lets try it again…

2) 21 LUN’s attached with FC from a EMC Symmetrix storage (MBR).

3) Make sure you initialize all drives with GPT – Guid Partition Table. that’s it !

** quick notice. to sum all the other links, if you use a non uefi aware OS (basically only server 2008+ is uefi aware) you need to make sure to use the “Legacy Only” method.

Hope this helps, we spent quite some time around this issue.

For the record, just remember that NewSID was never the solution for imaging a computer as a template.
And i’ll quote some of mark’s post and leave you to read the rest on his blog..

On November 3 2009, Sysinternals retired NewSID, a utility that changes a computers machine Security Identifier (machine SID). I wrote NewSID in 1997 (its original name was NTSID) because the only tool available at the time for changing machine SIDs was the Microsoft Sysprep tool, and Sysprep doesn’t support changing the SIDs of computers that have applications installed. A machine SID is a unique identifier generated by Windows Setup that Windows uses as the basis for the SIDs for administrator-defined local accounts and groups. After a user logs on to a system, they are represented by their account and group SIDs with respect to object authorization (permissions checks). If two machines have the same machine SID, then accounts or groups on those systems might have the same SID. It’s therefore obvious that having multiple computers with the same machine SID on a network poses a security risk, right? At least that’s been the conventional wisdom.

….I realize that the news that it’s okay to have duplicate machine SIDs comes as a surprise to many, especially since changing SIDs on imaged systems has been a fundamental principle of image deployment since Windows NT’s inception. This blog post debunks the myth with facts by first describing the machine SID, explaining how Windows uses SIDs, and then showing that – with one exception – Windows never exposes a machine SID outside its computer, proving that it’s okay to have systems with the same machine SID. Note that Sysprep resets other machine-specific state that, if duplicated, can cause problems for certain applications like Windows Server Update Services (WSUS), so MIcrosoft’s support policy will still require cloned systems to be made unique with Sysprep.

Thanks mark for the clarification.